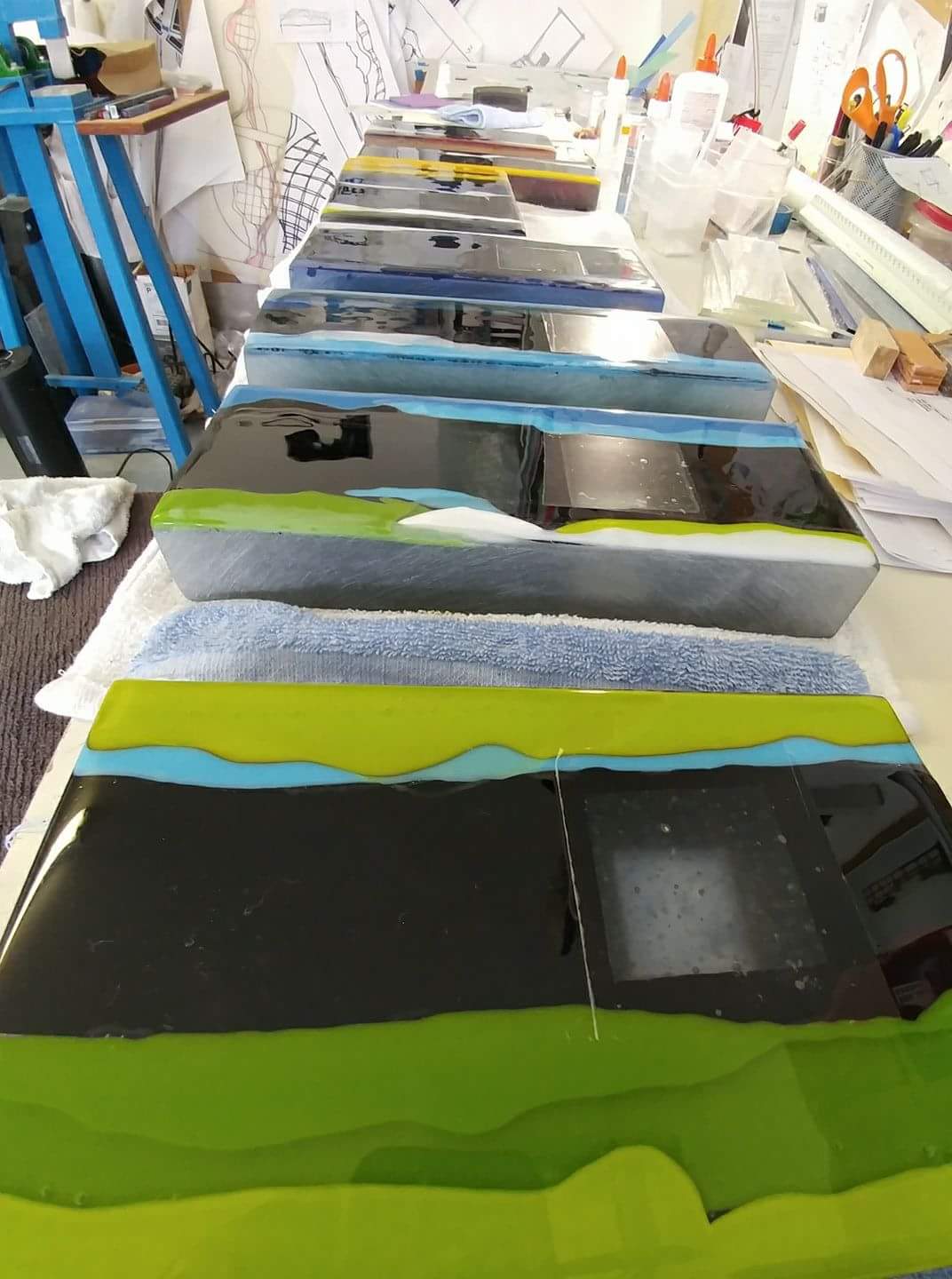 I am driven by the passion to design and the process of creating.

Since I first saw artists working in glass, I have been fascinated by the interplay of light and shapes and the transformation of colors. The challenge of working with glass feeds my curiosity and stirs my emotions allowing me to explore and expand the boundaries of what I can create. By adding depth, textures, forms and shadows to the vibrant colors, grids, intricate patterns that characterize my work, I’m creating the varied visual effects and complexity of the emotions I want to express.

Some pieces seem to move and undulate – there is something almost sensuous about them. And that is part of the intent. I want to draw the viewer into the art – tempt them not just to look, but to touch, to feel its energy and emotions. To share in the excitement of what is possible within this endlessly challenging and alluring medium.

In her previous career as a designer, Rachel Kalisky was known for her contemporary interiors, straight lines, bold colors and her willingness to tackle any design challenge.  She worked in the corporate and industrial design world creating interior spaces for retail stores, banks, offices, developed corporate branding designs, and even designing computer cases and packaging for several major computer companies.

In 2004 she attended a fusing workshop and immediately became intrigued with the medium and decided to pursue this new direction in glass. Working with renowned glass artists, she attending Red Deer College, in Alberta, Canada, Pilchuck Glass School in Washington and continued her studies with courses, workshops and most recently in 2016 an invited residency in North Lands Creative in Scotland. Rachel became a finalist in the E-merge glass 2004 and the First Texas Juried Glass competition, receiving the Jurors Award of Merit.  She became a finalists in the 2006 Niche Award and a finalist again in the 2007 Texas Juried Glass II competition.  She was included in the E-merge Showcase of Rising Talents in Kiln-glass book and has been included in multiple magazine and newspaper profiles and articles.

Kalisky has exhibited since 2004 in cities around the country, including in Austin (TX), Corpus Christi (TX), Delray Beach (FL), Dallas (TX), Galveston (TX), Michigan City (IN), Philadelphia (PA), Pittsburgh (PA), Portland (OR), and Taos (NM).   These exhibits include numerous prestigious museums and galleries including Cornell Museum of Art in Florida, Art Museum of South Texas, and the National Liberty Museum in Philadelphia.